Lose Weight by Eating Like the Asians or the French 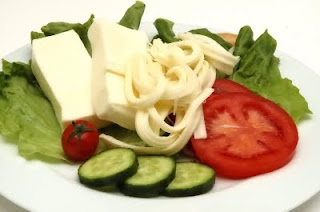 The farmers in our country produce enough food for every man, woman, and child to eat 3,800 calories per day.

That is about twice the number of calories that the average person should consume to stay healthy!

Along with the massive number of available food choices and the ability to “super size” just about any meal, it’s a wonder that we Americans still manage to fit into our clothes (actually, many of us don’t because we are morbidly obese).

As Americans we face the problem of overabundance. Not only do farmers overproduce food for this country, but our current lifestyle and culture push people toward being overweight. In this country, eating out is perceived as both a social pleasure and a sensual reward. Americans work hard and play hard, and we reward ourselves by overeating. It’s not considered rude to overeat. How many of us had grandmothers who kept trying to feed us more and more food? In this country, food is love — the more food, the more love.

The Asian and French Difference
In contrast, in Asian and French cultures, good cuisine isn’t about quantity, it’s about quality. Have you ever been to a Japanese restaurant and been served a beautifully-arranged plate of food? The focus is on presentation, and the food that is served is almost always pleasing to the eye. Whereas Americans delight in a plate overflowing with steak and potatoes, Asian and French chefs offer dishes with a lot of “white space.”

In addition, in these cultures children are often taught to eat only to 70% of capacity because it is considered rude to overeat (and loosening your belt after a heavy meal is definitely not acceptable social behavior).

The Asian Focus on Live Foods
Finally, the Asian culture has a much stronger focus on “live” foods than the American culture. Asians consume a great deal of marine algae and seaweed, as well as enzymatically live foods, such as fermented soy products. Studies show that blue-green algae, for instance, keeps people slim because it possesses a great deal of fiber, helps cells detoxify, and best of all, keeps people in a good mood (which prevents emotional eating).

If you want to lose weight, consider viewing food from the viewpoint of the Asians or the French: feast your eyes on food, not your mouth. Focus on foods that are beautifully presented in modest quantities, rather than large heaping piles of food that will last but an instant on your lips, but an eternity on your hips!

If you enjoyed this post, please consider leaving a comment or subscribing to the feed to have future articles delivered to your feed reader.

By guest contributor Barb Swanson (author of Beyond Foods: The Handbook of Functional Nutrition) B12-rich foods This is part 3 of 3 in my series

Simple Ways to Eat Healthy During the Holiday Rush

To many people the holidays mean food and to eat healthy is often a challenge. It’s estimated that on the average most of us gain