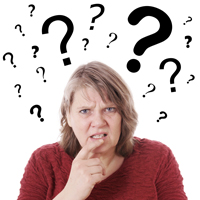 Feelings about memory loss can range from annoyance to dread. And as we age our feelings about memory loss become even stronger wondering whether we will be one of the 10 million baby boomers predicted will get Alzheimer’s. As we head toward our senior years there are steps we can take to improve memory with activities and supplements that science has shown can help memory. At the head of the list are exercise and keeping a strong social network. Not only do these two things help with memory, but help with healthy aging in a variety of ways. Exercise helps with balance, weight control, heart health, maintaining strong bones, and much more. Staying social helps us keep a positive attitude, gives us a reason to get up in the morning, a reason to laugh which relieves stress, and the motivation and incentive to keep going. On a more scientific level, one study at the University of Pittsburgh found older people walking 40 minutes three times weekly for a year showed an increase in their brain volume for parts concerned with memory. And many studies have given evidence of how maintaining a good social network is linked to a reduced risk of dementia and memory loss associated with aging.

Supplement Your Memory
There are many supplements and herbs that research has found can help improve your memory and even some that have a positive effect on Alzheimer’s. Here are a few of the most well-known.

Ginkgo Biloba – Traditional Chinese Medicine has used this herb for many thousands of years and research shows that it can help increase blood flow to the brain and is as effective as certain drugs used for the early stages of Alzheimer’s. According to assistant clinical professor in medicine at Duke University Medical Center, Evangeline Lausier, MD, it is used frequently in Europe for dementia caused by decreased blood flow to the brain and Adriane Fugh-Berman, MD at Georgetown University School of Medicine adds that although it won’t prevent dementia, it can keep symptoms from getting worse. As with any supplement, you do need to check with your healthcare provider before using ginkgo especially if you are on blood thinners, have diabetes or hypoglycemia.

Omega-3 Fatty Acid – This essential fatty acid has been found to possibly help reduce the likelihood of getting Alzheimer’s. The brain especially needs two kinds of omega-3 fatty acids: EPA and DHA to stay healthy. Not getting enough DHA for your brain can cause your brain to shrink and cause cognitive problems. You can get omega-3 from food sources such as coldwater fatty fish like salmon and tuna, walnuts, olive oil, and flaxseeds or flaxseed oil. You can also get it from fish oil supplements or in just the right balance human’s need in AFA bluegreen algae.

Acetyl-L-carnitine – This is an amino acid that many studies have shown can improve memory, focus, clarity, and staying alert. It produces acetylcholine which is a neurotransmitter needed for brain functions such as memory and learning. It also works like a powerful antioxidant to help prevent damage from free radical damage to brain cells. If you decide to use this as a supplement, be sure to get the right form as there is another supplement of just l-carnitine that doesn’t cross the blood brain barrier like the acetyl-L form does.

Citicoline – Your body takes choline found in foods such as eggs and meat and makes citicoline. Used as a supplement it has been found to improve memory, concentration, and focus and possibly work better than certain drugs used for memory improvement. It has also been found successful in the treatment of memory loss due to aging, stroke, brain injury, Parkinson’s and Alzheimer’s. It increases acetylcholine production and gives you more brain energy and protection.

Ginseng – This herb, long used in Traditional Chinese Medicine and by Native Americans, has been found to improve memory, mental sharpness and clarity. It is often used in conjunction with ginkgo biloba for maximum benefit. It has been used with stroke patients who have suffered memory loss due to damaged blood vessels going to the brain.

EGCG – EGCG or epigallocatechin gallate is an antioxidant flavonoid found in green and black tea. In Asia green tea has been used for ages for mental clarity and longevity. EGCG has been found to reduce chances of Alzheimer’s and Parkinson’s as it supports the growth of new brain cells in parts of the brain that both these diseases affect.

Algae Supplements – AFA bluegreen algae is loaded with nutrients and this form with the cell wall removed is especially beneficial for nourishing the brain as the nutrients can cross the blood brain barrier easier. On top of that this algae and ginkgo biloba supplement has the ginkgo and other ingredients found to promote mental clarity and if you prefer a liquid supplement, this 2 ounce shot of nutrition has ingredients we’ve mentioned earlier such as green tea.

Memory loss is often associated with aging, but you can take steps to improve your memory and stay sharp longer into old age. Just remember these three steps: exercise, stay social, and memory enhancing supplements.  By remembering some of these nutrition and lifestyle tips and putting them into practice now you’ll set the stage for a more enjoyable future.

How to Have Rock Solid Immunity All Year Long

Having strong immunity throughout the whole year means taking steps to boost your immune system. We usually think of wintertime as cold and flu season

How to Have a Truly Happy New Year

Want to have a really happy new year this year and for years to come? Then make this the year that you start getting serious