How to Keep Your Mind Health and Your Memory Strong 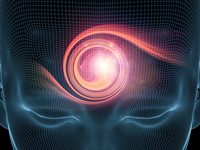 Our brains use up more of our nutrients than any other organ and other than the heart it uses up most of our energy. That means in order for your brain to work well it has to be getting enough of the nutrients it needs to perform well. According to the 2012 CDC Second Nutrition Report, Americans don’t get enough of the nutrition they need with vitamin B6, vitamin D and iron being the biggest deficits and vitamin C and vitamin B12 coming in close after that. Other studies such as a 1997 study by Munoz et al. found that only 1% of the 3307 children studied were getting the RDA recommended amount of vegetables and most of those reported that a fourth of those veggies were French fries (does that really count?). This is not good news. In order for the brain to function properly it needs certain essential fatty acids, glucose, amino acids, vitamins, minerals, phytochemicals and antioxidants.

Antioxidants
The brain is very prone to oxidative damage and damage from free radicals. This could be because of the large amount of unsaturated fatty acids found there, the large amount of oxygen that it uses, the activity of the mitochondria that contributes to more free radicals being formed, and the large concentrations of metals like iron, zinc and copper. Regardless of why the brain is so susceptible to oxidative damage, antioxidants are needed in the diet to help fight off this type of damage. Blueberries are not only a great source of antioxidants but research studies such as a 2010 study found in the Journal of Agricultural and Food Chemistry found that participants drinking blueberry juice for a two month period showed a significant improvement on learning and memory tests. Studies have also reported finding that blueberry supplements contributed to an improvement in brain functioning and memory in elder participants with dementia. Then there have been animal studies such as one that found blueberries might be responsible for decreasing symptoms of cognitive deficits that can come with aging such as Alzheimer’s and dementia and protect the brain from free radical damage. Dark chocolate is another good antioxidant food for brain health as it also increases production of serotonin and endorphin which can strengthen the ability to concentrate according to Natalie Stephens, clinical dietician at The Ohio State University Wexner Medical Center. One study from 2013 reported finding that participants drinking 2 cups of cocoa daily showed an increase in blood flow to the brain and had better performance on memory tests. You do have to be careful that you don’t overdo the dark chocolate though as it can add extra calories to your diet. According to nutritionist JJ Virgin, green tea is another good choice for not only antioxidant properties, but also for the amino acid theanine which has been reported to improve mental alertness and focus.

Essential Fatty Acids
About 60% of the brain is made up of fat and the brain needs certain healthy types of fat to function properly. Omega-3 fatty acids are absolutely necessary for brain health and in particular EPA (eicosapentaenoic acid) and DHA (docosahexanoic acid) are the two types of omega-3’s that are most important to the brain. If you take a look at the food chain you find that these omega-3’s often start with microalgae according to Dr. Stephane Cunnane and Dr. Kathy Stewart (2010). You can skip right to the source though by taking a high quality algae supplement especially this one that has the cell wall removed by a special process allowing for the nutrients to cross over the blood brain barrier. This type of algae also provides other good brain nutrition including B vitamins and amino acids that contribute to healthy brain functioning. Eating fatty fish like salmon, nuts and flaxseeds are also a way to get more omega-3’s in your diet. Studies done on the effect of omega-3 fatty acids on brain health have found they can reduce the risk of dementia, contribute to boosting memory by making brain synapses stronger, and repair brain cells.

Sugars
Your brain also needs sugar to fuel it, but the type of sugar it needs is glucose. Glucose is made by the body from the carbohydrates you eat whether simple or complex. Complex carbs are the healthier choice as they also help in lowering cholesterol levels and create brain power by reducing plaque buildup which increases blood flow to the brain. This would include whole grains such as oatmeal, brown rice, and quinoa and foods like potatoes, beans, peas, and lentils. Other good food sources for glucose include AFA blue green algae, and dark chocolate. Whereas glucose is a small enough molecule to pass through the blood brain barrier, it needs to be paired with an appropriate protein to do so.

Amino Acids
The brain needs protein to function properly however proteins are not able to pass through the blood brain barrier until they break down into amino acids. There are over 500 identified amino acids that exist, but there are only 22 that are needed to build proteins that are essential for life to exist. These are categorized as either an “essential” or “non-essential” amino acid. An essential amino acid is not one that is more necessary or important than a non-essential amino acid, but is one that the body cannot produce on its own and therefore has to come from foods we eat. Fish that is rich in omega-3 fatty acids is not only a great protein source for brain health, but also has the healthy fats that are important for the brain. You can also get the amino acid protein building blocks you need by eating white meat chicken, seafood or other lean meats, sea vegetables, spirulina, AFA bluegreen algae, brewers yeast, some types of vegetables such as cabbage, beets, beans, and spinach, soy, dairy, and whole grains. AFA bluegreen algae is a particularly good choice as it contains glucose and essential fatty acids and is a rich source of phenylalanine, an amino acid that crosses the blood-brain barrier faster than any other amino acid. It has all 20 amino acids our bodies need for the building blocks of healthy nerve cells and neurotransmitters needed for proper brain function. It also provides a perfect ratio of essential omega-3 and omega-6 fatty acids, helps maintain normal, healthy blood chemistry that feeds the brain, and provides an ideal balance of proteins, carbohydrates, fats, complex sugars, and fiber.

More Brain Food
Other foods you can add to your brain food diet to help with memory, focus and other cognitive skills include beets, bananas, spinach, and eggs. The nitrates in beets helps get more blood and oxygen to the brain thus improving performance, bananas are loaded with potassium that contributes to brain health, spinach contains lutein, folate, and beta-carotene which according to dietitian Tara Gidus have been found to help reduce the risk of dementia, and eggs including the yolk are a good source of DHA omega-3 which helps memory and mood and have choline that helps keep brain cell membranes healthy according to health coach Lori Shemek. There are also herbs that have been researched for their effect on brain functioning such as ginkgo biloba and ginseng. You can get Ginkgo biloba as well as the whole food nutrition of AFA bluegreen algae, eleuthero, wheatgrass juice, bee pollen, Lion’s Mane mushroom and noni in this algae brain support supplement. That means not only do you get the memory enhancing benefits of Ginkgo biloba, but also the omega-3 and omega-6 fatty acids, antioxidants, B vitamins and other nutrients that feed the brain. In addition, bee pollen is reported to have a high amino acid content useful for stimulating memory and concentration, wheatgrass juice has been found to provide nutrients that support brain health and clearer thinking, and Gingko biloba has been used for a long time to promote increased memory and mental concentration by increasing circulation and providing increased oxygenation of brain cells.

Feeding your brain what it needs will help you keep a strong healthy mind and memory. Get started feeding you brain now the nutrition it craves and must have for optimal brain health. It will pay off in increased memory, focus and the ability to concentrate now and will help you keep your brain functioning well as you get older. That’s a win-win!

PrevPreviousGetting Fit While Avoiding the “No Pain, No Gain” Syndrome
NextBoost Your Stem Cells with Nutrition to Boost Your Youth!Next

By guest contributor Barb Swanson (author of Beyond Foods: The Handbook of Functional Nutrition) B12-rich foods This is part 3 of 3 in my series

Simple Ways to Eat Healthy During the Holiday Rush

To many people the holidays mean food and to eat healthy is often a challenge. It’s estimated that on the average most of us gain